Bringing Your Business to the Big Easy

New Orleans, a city known for its arts, culture, entertainment, food, music, architecture, and history, but what’s often forgotten is its businesses that bring this magical city to life. Since Hurricane Katrina in 2005, the entrepreneurial community in New Orleans has been gaining momentum. This year Forbes magazine ranked New Orleans as the #1 fastest growing city since the recession in 2008.* Home to one of the world’s largest ports, a thriving central business district, tax incentives and a creative spirit, more businesses are considering the Crescent City home.

Nestled on the Mississippi River, the city has always been the busiest northern port in the Gulf since the early 1700’s and remains a crucial transportation hub and distribution center for waterborne commerce. New Orleans boasts a diverse economy with its main sectors being the oil and gas industry. New Orleans is also a major center for higher learning, with over 50,000 students enrolled in the region’s eleven institutions. A top-50 research university, Tulane University, is located in New Orleans ‘Uptown neighborhood. Metropolitan New Orleans is a major regional hub for the healthcare industry and boasts a small, globally competitive manufacturing sector. The center city possesses a rapidly growing, entrepreneurial creative industries sector, and is renowned for its cultural tourism. Mardi Gras, Halloween, Wedding Destinations, tourism has always been and remains the main staple of the city’s economy. Perhaps more visible than any other sector, New Orleans’ tourist and convention industry brings in a whopping $5.5 billion a year that accounts for 40 percent of New Orleans’ tax revenues.

Many new residents have flocked to New Orleans for its relatively low cost of living. With a relatively strong economy, access to convenient transportation. With a rising economy, increased access to convenient transportation routes, and a variety of free year-round events and festivals across the region are just a few of the reasons why residents enjoy a lower cost of living in New Orleans compared to other places throughout the country.

New Orleans also has a number of business incentives like the Enterprise Zone (EZ) program, the Restoration Tax Abatement program, and the New Market Tax Credit. The Technology Commercialization Credit and Jobs Program also offer credit on any tax liability equal to 40% of an investment up to $250,000 in commercialization costs. Other businesses like The New Orleans Business Alliance’s responsible for the #WhyNOLA movement shares the story of the city and why it is a great place to start a business. 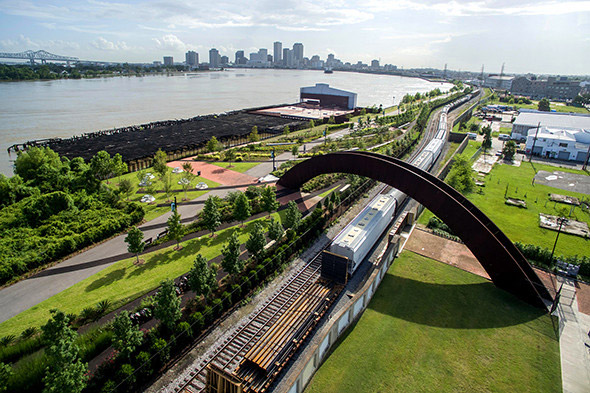 Through rigorous communication and coordination, New Orleans has seen considerable improvements and really strong economic growth. Entrepreneurship is on the rise, there are more job opportunities, the unemployment rate is down, and New Orleans economy will only continue to grow and expand. New Orleans residents have only grown stronger since Hurricane Katrina and banded together to form a more united community. New Orleans’ environment encourages employees to create will cultivate the entrepreneurial spirit. The development of entrepreneurial activity has made clear impacts on the economic development of the city.

The rise of entrepreneurial activity has made an evident impact on the economic development of the city. Subsequently, several organizations and individuals have banded together to continue this growth and retain the young talent in the city. Some of these organizations include incubators, collaborative workspaces, tech startups, economic agencies, and networking agencies all aiming to help expand local businesses and genuinely interested in local success.

For anyone and everyone who has ever doubted New Orleans as being nothing more than a bead-throwing slew of party animals, paddling around the bayou, it’s time to think again.